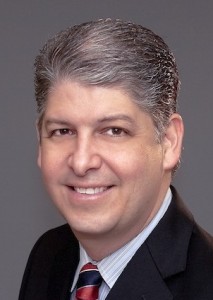 In his new role, he’ll be responsible for developing and implementing a strategy to reinvigorate revenue growth and market share for AméricaTeVé’s stations in Puerto Rico – WIRS and MundoFox WJPX.

Torres Muñoz was most recently Marketing and Creative Services Director at Telemundo Puerto Rico and was part of a special task force in charge of managing creative services for KVEA Los Angeles.

Torres Muñoz started his career as a creative editor for Puerto Rico public television station. He later became Creative Supervisor and Director of Promotions at WAPA-TV. He took a short break from television and worked in the film industry for two years in productions like Steven Spielberg’s “Amistad” and Robert Zemeckis’ “Contact.”

He returned to TV as Production Manager for Telemundo Puerto Rico, where he helped create and produce prime-time live shows with producer Tony Mojena. Among the shows he worked on: “De Noche Con Sunshine,” “Susa y Epifanio,” “Estudio 69,” and “Dame Un Break.”