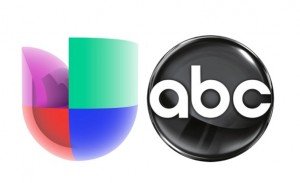 After months of mystery, the ABC/Univision joint venture finally has a name.  The cable news and lifestyle network will be called Fusion and will launch in the second half of 2013, according to a joint statement issued moments ago.

Three weeks ago, Univision said the expected launch of the network was in September.

When it launches, Fusion will be available in millions of households nationwide. Five of the nation’s biggest cable distributors have already agreed to carry the network. Among them: Cablevision, Charter, Cox, AT&T U-verse and Google Fiber.

ABC and Univision say the new network will focus on the issues most relevant for U.S. Hispanics, including the economy, entertainment, music, food, immigration, pop culture, education, politics, health and wellness and more.

The new network now has a name… but no logo yet.

Fusion will be based in Miami.