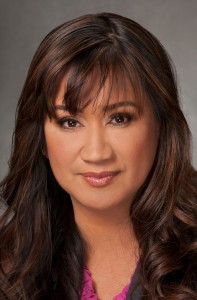 Margie Moreno has been hired to fill the newly created position of Vice President, Programming for mun2. She’ll report to Diana Mogollon, General Manager, mun2. She’ll be based out of the cable network’s offices at Universal City in Los Angeles.

In her new role, she’ll work with mun2’s West Coast productions, overseeing development and current programming for the network with her counterpart, Luisa Varona, Vice President, Programming, mun2 who is based in the East Coast.

Prior to mun2, Margie was Head of Development for Imagina US/ Promofilm US, where she specialized in adapting international television formats (scripted and reality) for U.S. broadcast and cable markets. While there, she produced pilots and original series for such networks as NBC, Discovery, MTV, ABC, and Lifetime.

She was previously Director of Original Programming at TBS Superstation where she was involved in the development and production of scripted and reality programs. Before that, she worked at Mandalay Entertainment where she helped create Mandalay Television and worked on developing projects for television.