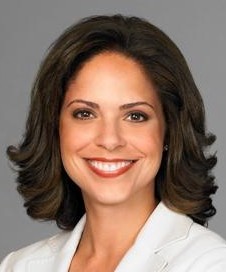 There had been rumors for a couple of months, but now, they appear to be true. Soledad O’Brien will no longer anchor CNN’s morning show starting this Spring.  The cable net’s new chief, Jeff Zucker, apparently wanted to get rid of “Starting Point” even before he took over his new job in January.

She may be off the anchor desk, but Soledad won’t be leaving CNN.  The New York Times reports that she’s forming a production company and will produce documentaries for CNN on a nonexclusive basis.

Soledad is currently preparing two new installments of the “Black in America” franchise for CNN.

Zucker hired Chris Cuomo from ABC last month and is apparently intending to pair him with CNN’s 7 pm host Erin Burnett for the new morning show.