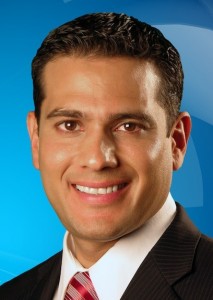 Rubén Pereida has been named anchor of the weekday 5 and 10 pm editions of “Noticiero Telemundo Arizona.”  He will also anchor the station’s monthly public affairs show “Enfoque Arizona” on Sundays at 10:30 am.

Rubén was most recently an anchor/video journalist at KTVW Univision 33 in Phoenix, where he spent nearly 8 years.  He previously worked at Entravision San Diego as a Video Journalist, reporting for Telemundo and Univision.