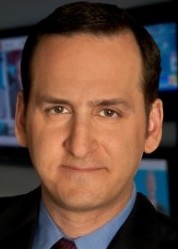 NBC News President Steve Capus’ decision to leave the network last Friday means that Antoine Sanfuentes will be picking up his duties… at least for now.

Antoine was promoted to Senior Vice President of NBC News in October of 2012.  He is second in command at NBC News and Capus’ chief deputy.

In a memo to colleagues, Capus said it was “time to head in a new direction” and that he would be leaving NBC News.

It remains to be seen if Antoine will be promoted again to NBC News’ top job.