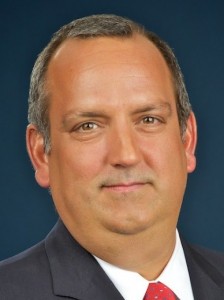 Luis Fernández-Rocha, Sr Vice President of Telefutura Network for the past year, is no longer leading the recently renamed Unimás broadcast network.

Fernández-Rocha has been pulled off that job and returned to the Univision Television Group (UTG) as Regional Vice President, responsible  for UTG stations in Raleigh and Atlanta.  He will also be in charge of launching sales teams in Tampa, Raleigh and Miami for Bounce TV stations and will have additional corporate responsibilities at the station group.

He’ll remain based in Miami and report to Kevin Cuddihy, President of Univision Television Group.

A 25-year veteran of Hispanic media, Fernández-Rocha was SVP and Regional Director for UTG from May 2002 to January 2012.  He previously spent 10 years as VP and General Manager at Telemundo’s WSCV-51 in Miami.

Univision has not yet announced who will replace Fernández-Rocha at Unimás. Carlos Bardasano, VP of Programming & Original Production will continue to lead programming at UniMás, reporting to Alberto Ciurana.