Pop star Paulina Rubio has landed the first slot as coach for the network’s upcoming singing competition “La Voz Kids,” slated to premiere in the spring. Telemundo Media also announced it has snagged bachata singer Prince Royce as the second of three music coaches on the show. Another top recording artist will be announced soon.

Paulina has sold over 25 million albums around the world. She first hit stardom in Mexico as a member of teen pop group Timbiriche in the early 80s. In the 90s she kicked off her solo career. Her albums include La Chica Dorada (1992), 24 Kilates (1993), El Tiempo Es Oro (1995), Paulina (2000), Border Girl (2002) and Pau-Latina (2004). Her latest production, Brava (2011), included songs in English and Spanish, featuring collaborations with stars such as Taboo (Black Eyed Peas) and Nacho (Chino & Nacho). In 2012, she appeared as a coach on Mexico’s version of The Voice—La Voz Mexico alongside Jenni Rivera and Miguel Bose.

Prince Royce is “the most successful new Latin act in recent years” according to Billboard Magazine. His self-titled debut album has been certified triple platinum in the US and Puerto Rico, and quadruple platinum in Chile. The 23 year old has recorded hit songs with superstars Maná, Daddy Yankee and Thalia; toured the US with Enrique Iglesias and Pitbull and recently closed 2012 with his own 30 city US tour which included sold-out shows at Radio City Music Hall and the NOKIA Theatre LA LIVE. 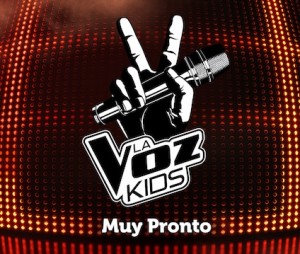 “La Voz Kids,”  will feature contestants between 7 and 14 years old. The show will premiere with blind auditions followed by the battle rounds and live shows. The winner of the music reality show will receive a recording contract with Universal Music and a scholarship.

Once the teams are set, the battle is on. Coaches will dedicate themselves to developing their team of participants, giving them advice, and sharing the secrets of their success along with the help from their celebrity advisers. During the battle rounds the coaches will pit three of their own team members against each other to sing the same song together in front of a studio audience.

In the final performance phase of the competition, the top participants from each team will compete each week against each other. The television audience and the Coaches will decide who will stay in the competition. In the end, one will be named “La Voz Kids” and will receive the grand prize of a recording contract and a scholarship.