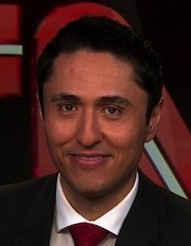 Luis Treto, who left his anchor job at Azteca Colorado on January 14, has taken a new job as a reporter/producer for CNN Latino.  He’ll be based in Los Angeles.  His first day on the air is today.

During his 3 years in Denver, he anchored “Informativo Extra” news briefs for Azteca Colorado and reported for KMGH’s 7News.

“Moving back to Los Angeles represents new professional challenges and being closer to my family and friends,” Luis says. “As a journalist, I feel that the LA market is fascinating and I want to maximize this opportunity.”

Los Angeles is home for Luis and it’s also where he started his journalism career at Noticias 62 (KRCA-TV) in 2005. That same year, he joined KAZA 54 Noticieros Azteca América . In 2009, he became a correspondent for Mega TV, also out of LA.