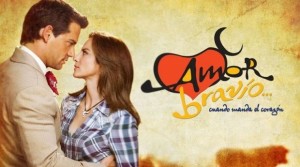 The finale of the hit novela “Amor Bravío” made Univision the No. 1 broadcast network among all key demographics at 10 pm and during the entire night (8 -11 pm) – outperforming ABC, CBS, NBC and FOX.

Univision finished as the No. 2 broadcast network for the entire night in Total Viewers 2+, surpassing FOX by nearly two times their audience, NBC by a +55% advantage and ABC by a +2% advantage.

On Univision local stations, “Amor Bravío” made Univision the No. 1 broadcast station in the time period among:

Additionally, “Amor Bravío” ranked as the No. 1 broadcast program in primetime among:

During the time period, Univision stations had higher viewership than the ABC, CBS, NBC and FOX stations combined in Los Angeles, Houston and Dallas among Adults 18-49 and Adults18-34.