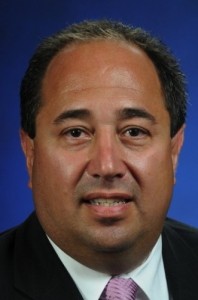 John Cárdenas has been named President and General Manager of WBNS-10TV and Vice President of News for Dispatch Broadcast Group.  He replaces the station’s retiring president Tom Griesdorn on June 10.

The move marks a return to the Columbus station for Cárdenas, who was news director at the CBS affiliate for 11 years, from 1999-2010.

Cárdenas joined the Dispatch Broadcast Group in 1999.  He was transferred to WTHR-TV, the company’s NBC affiliate in Indianapolis, and WALV (The SkyTrak Weather Network) in June of 2010 where he began as the station’s VP and GM before being named President last year.