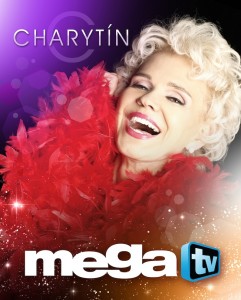 The one-hour variety show will air Monday through Friday at 9 pm ET.

Charytín, also an actress and singer, was co-host of Telefutura’s “Escándalo TV” for 9 years.  The show was canceled in late 2011.

According to a MegaTV press release, in addition to celebrity interviews, the show will have music, comedy, and games that will require interactive participation with the audience.