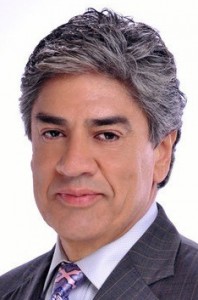 Ruiz joins Telemundo Media from the Latin Academy of Recording Arts & Sciences (LARAS), where he served as a consultant and executive producer since 2011.

From 2004-2011, Ruiz worked at Univision Networks as Vice President of Talent, where he was responsible for centralizing main functions for on-camera talent for the three networks, Univision, TeleFutura and Galavision.

He previously held several international executive posts at EMI Music Group. From 1994-1999, he served as President and Chief Executive Officer at EMI Mexico; from 1992-1994, he was the VP, Marketing of EMI Music International in London, and from 1987-1992, he was the Director Artist & Repertoire (A&R) and Marketing for EMI Music Latin America.