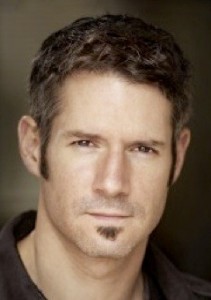 Javier Manzano has won the 2013 Pulitzer prize for feature photography. He is the first freelance photographer to win a Pulitzer in 17 years.

Described by the jury as an “extraordinary picture,” Javier’s winning photo, distributed by Agence France-Presse, shows two Syrian rebel soldiers tensely guarding their position as beams of light stream through bullet holes in a nearby metal wall.

Javier, who worked for The Rocky Mountain News until it shut down its doors in February of 2009, is currently a freelance photojournalist and documentary filmmaker based in Istanbul, Turkey.  He has been covering the wars in Mexico, Afghanistan and Syria.

His work has been featured in The New York Times, The Washington Post and TIME magazine, among others.

Born in Mexico, Javier immigrated to the U.S. when he was 18. A great portion of his work has focused on cross-border issues.

Javier began his career in the newspaper industry as a photo and videojournalist, later expanding into television and electronic media.

You can see more of Javier’s amazing photos on his website: www.javiermanzano.com.