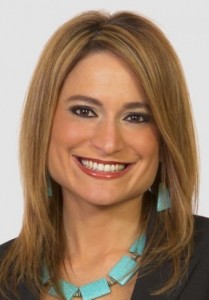 Viviana Páez has been promoted to weekday anchor of Sacramento’s KUVS Univision 19.

She started her new role yesterday.

Prior to joining KUVS as a weather anchor and news reporter for the station’s morning show in 2007, she spent almost 2 years as the 5 and 10 pm weekday anchor for KLUZ, the Univision affiliate in Albuquerque.

Before that, she was a reporter for Univision 23 in Miami.