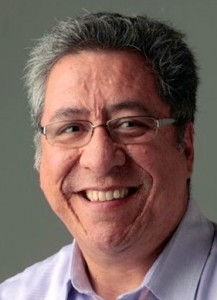 Carlos Sanchez has been hired to lead the editorial coverage of McAllen’s The Monitor.  He starts the new job on May 13.

He replaces Monitor Editor Steve Fagan, who announced his retirement yesterday after more than a decade at the newspaper.

“South Texas has a regional identity that’s unique among the places that I’ve been,” says Carlos. “To be able to chronicle the people who make up that identity is the most exciting aspect of this challenge.”

Carlos was most recently Managing Editor of the New Orleans Times-Picayune’s Baton Rouge hub for Nola.com.

An El Paso native, Carlos previously spent 10 years as Editor of the Waco Tribune-Herald. Before that, he was a State Editor at the Austin American-Statesman and a reporter for the Fort Worth Star-Telegram and The Washington Post.

Carlos began his journalism career as a reporter at the El Paso Herald.