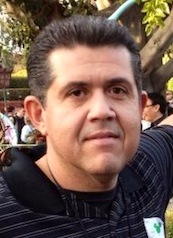 His last day at 34 will be tomorrow, April 5. He starts at KNBC on Monday April 8th.

Ernesto has been with KMEX for the past 2 years.  He was previously a news photographer at KHOU-11, the CBS affiliate in Houston for 7 years. During his time at KHOU, he was Mexico City Bureau Photographer from 2001 to September 2004.

Before that, he was at KOMO-4 in Seattle.  He started his career at KBAK-29 in Bakersfield.