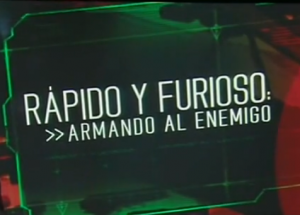 Univision News has won a Peabody Award for its investigation into the controversial “Fast and Furious” undercover operation run by the U.S. Bureau of Alcohol, Tobacco, Firearms and Explosives (ATF).

The in-depth story aired as a special edition of Univision Network’s newsmagazine “Aquí y Ahora” in September 2012. After conducting a thorough investigation inside Mexico, Univision News’ investigative unit – Univision Investiga – uncovered documents revealing that the guns crossing the border as part of Operation Fast and Furious caused dozens of deaths within Mexico.

Univision News was one of 39 recipients of the 72nd Annual Peabody Awards handed out by the University of Georgia’s Grady College of Journalism and Mass Communication.

The 72nd Annual Peabody Awards will be presented on May 20, 2013 at a gala luncheon in New York City.