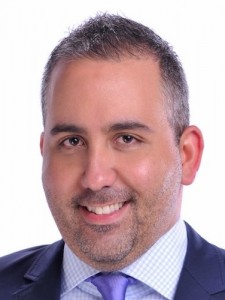 Telemundo Media has named David Alvarado as Vice President of Entertainment Publicity. He is based in Miami and will report to Alfredo Richard, SVP of Communications and Talent Strategy.

In his role, Alvarado is responsible for leading the publicity efforts for Telemundo’s alternative and prime time programming and productions and help promote the network’s prime time stars across electronic, print and online media platforms.

He will also lead the development of cross-functional efforts in partnership with Telemundo Studios and the non-scripted production teams,  the execution of internal cross promotions efforts among Telemundo Media and NBCUniversal properties, as well as oversee publicity strategies for all network program launches including press events.

Alvarado joins Telemundo Media from EMI Music/Capitol Latin, where he was the VP of Marketing & Promotion  since 2009.  Before that, he started 1810music, a consultant firm whose clients included Warner Music Latina’s Maná, Luis Miguel, Alejandro Sanz, Laura Pausini, Jesse & Joy, and Paulina Rubio among others.