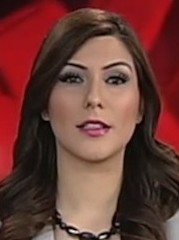 Diana Castillo has been named News Director for KLDO Univision Laredo. The new appointment makes her the news director for both KLDO and KXOF Fox-39.  Both are Entravision-owned stations housed in the same building.

In addition to being the news director for the two stations, Diana currently anchors the 9 pm Laredo Fox News, which celebrated its 1 year anniversary in April.  She also anchors the 10 pm newscast for the Univision affiliate.

Before joining the Laredo Fox News team Diana worked for Univision KORO-28 in Corpus Christi TX, where she was the anchor and producer. She previously anchored and produced for Southern California Life Morning News.