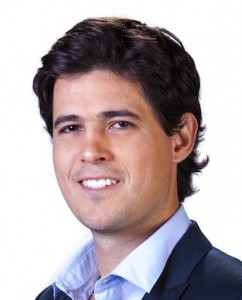 Mauricio Cruz has been named General Manager for WGEN-TV/Mundo Fox 8. He’ll report directly to Luis Calle, Vice-President of Operations for News and Sports for Caracol TV, owner of the Miami-based station.

In the new role, Cruz will oversee the day-to-day operations for the South Florida station, including business development, production, local promotions, programming, finance and administrative duties.

In December of 2012, WGEN-TV became a MundoFox affiliate, after the newly launched network broke off an initial deal with América TeVe to carry its signal.