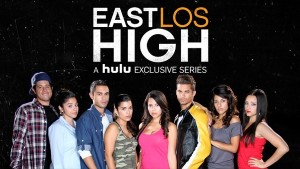 Created by Carlos Portugal & Kathleen Bedoyam “East Los High” is produced by Population Media Center in association with Prajna Productions, Into Action Films, and The Alchemists and executive-produced by Katie Elmore Mota

Bel Hernandez wrote a review and interviewed creator/director Carlos Portugal about the series.  You can read it here.