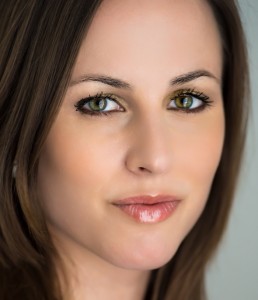 Fusion’s interim president, Beau Ferrari,  announced today that Alicia Menéndez is joining Fusion as an anchor. She’ll be based in Miami and starts the new job on June 17.

In an email to staff, Ferrari said “she’ll deliver the top stories of the day with her signature brand of insightful analysis and commentary, leading a smart conversation about political news, social issues and world events.”

Alicia has been a host on the internet-based video streaming network HuffPost Live for the past year.

She previously produced and co-hosted “Power Play,” a one-hour political talk show on SiriusXM’s Cristina Radio and served as a contributor to NBCLatino.com.

Before starting her career in media, Alicia worked on increasing political participation among women, minority communities and young Americans for many years.

The Harvard grad is a co-founder of Define American, a non-profit project dedicated to elevating the national conversation around immigration.

The daughter of Sen. Robert Menéndez, Alicia has been a frequent commentator on cable news networks FOX, CNN, and MSNBC.