NUVOtv’s upfront wasn’t flashy, like some of the other network presentations, but it maximized its superstar power with J-Lo and Mario Lopez.  The cable net also took advantage of the moment to unveil a new logo, image and tagline – “We are it.”

Not only did the cable network introduce Jennifer Lopez as its new Chief Creative Officer, she was a key presenter of the upfront.

After explaining she was committed to partnering and becoming the face of NUVOtv, because it was time to have television that truly represented the Latino experience in the U.S., she introduced the network’s CEO Michael Schwimmer, who pointed out to the audience that NUVOtv was the first to cater to Hispanic English-speaking millenials – 10 years ago.

Schwimmer stressed that “the model of marketers advertising in Spanish-language television to reach Latinos is outdated” and that it was time to address the country’s cultural shift by reaching modern Latinos – young bilinguals – who “represent 70% of all Latinos” and whose numbers “translate into economic influence.”

Mario Lopez also played a key role in the evening’s event, pulling double duty, after having made an appearance at the MundoFox/Fox Deportes upfront earlier in the day.  The actor, host and producer did a sit-down interview with Lopez and CEO Michael Schwimmer to talk about the Latino experience and plans for the network.

Recently hired Head of Programmig Bill Hilary, formerly of Comedy Central, unveiled the programming lineup for the next season, calling it “aspirational entertainment.” He also announced NUVOtv partnered with LEG Productions to produce 30 hours of Latino comedy over the next year and that Mario Lopez had signed a deal to create, develop and produce series for the network, including season 2 of his interview specials “One on One.”

The execs predicted NUVOtv is poised for a year of substantial growth and that the 2013 upfront marks the beginning of an aggressive plan to take the net’s programming and marketing to the next level.

As part of that plan, NUVOtv revealed a new on-air look that includes a new logo, color palette and the tag line – “We Are It.”   The rebranding initiatives will be launched July 1 – almost 2 years after the network’s rebranding from SíTV to its current NUVOtv.

The cable network will also launch a redesigned website and NUVOtv connect – an on-demand, “on the go” service to watch its programs.

Here’s NUVOtv’s programming slate that kicks off on July 18:

GOTTA DANCE – a before behind-the-scenes look at the lives of professional back-up dancers on world tour with entertainer Jennifer Lopez. The docu-series follows the journey of eight professional dancers performing night after night, across the continents, falling in love and dealing with injury as they pursue their ultimate passion for dance. 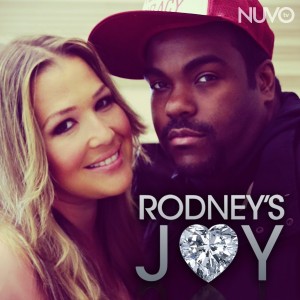 RODNEY’S JOY – docu-series featuring Grammy award-winning producer, Rodney “Dark Child” Jerkins, producer for some of today’s hottest stars (Jennifer Lopez, Lady Gaga, Rhianna and many others), who is married to Joy Enriquez, a Mexican American former pop-star who put her career on hold to raise a family. Now, Rodney is tasked with the challenge of reigniting his wife’s music career as he balances life with Joy’s extended family, all living under one roof. 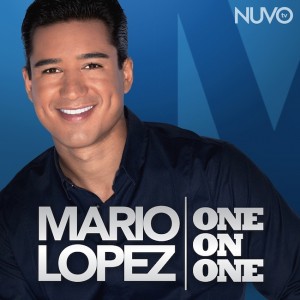