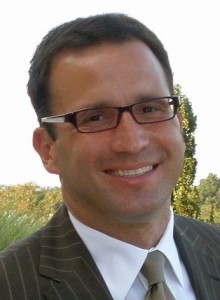 Guillermo Santa Cruz has resigned as General Manager of the Office of Cuba Broadcasting, in charge of Radio and TV Martí and martinoticias.com, after nearly three years.

“My role will be to grow IMG’s presence in the Latin American market, with an emphasis on Mexico and US Hispanic.  Not only will I look to sell existing events, formats and programs, but I will work on developing new programs,  formats and concepts  that could be distributed across the entire  region,” says Guillermo.

“The Latin American market is the envy of all markets.  There’s growth potential, and some of the most exciting events to take place in the next few years, such as World Cup and the Olympics, will take place there.   IMG has always been part of this market, but now they are putting more resources behind it because they realize how important it is…. It’s an exciting time for Spanish language media – in the US and across the region – and I’m just glad to be joining this incredible team.”

Guillermo has extensive sports producing experience.  From 1999 to 2008, he was Telemundo’s Executive Producer of network sports and the Olympics, eventually promoted to VP Special Events, News and Sports.  He was previously a senior sports producer for Univision’s 1994 and 1998 World Cups.