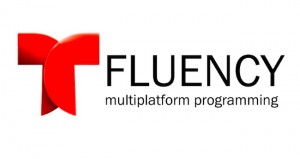 Telemundo made the  announcement at an upfront preview event held on Thursday at New York’s Museum of Arts & Design.

FLUENCY’s slate will produce programming across a variety of genres from romantic comedy to science fiction to adventure. Among the series currently in development: “La Buena Mala,” a romantic comedy with a fantasy twist featuring Angelica Celaya and John Ecker,  and “ISA,” a sci-fi coming of age story.

Fans will be able watch the series in their entirety or can view individual episodes.

The new shows will be anchored by many of Telemundo’s stars and will also introduce them to new, up and coming personalities.

FLUENCY will also create sponsorship opportunities for advertisers that range from exclusive content, to branded integration and interactive campaigns.

New series developed and produced by FLUENCY will be distributed by NBCUniversal.