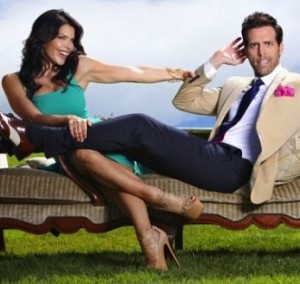 “The Big Picture,” a new late-night entertainment talk show hosted and executive produced by Lauren Sanchez and Alex Cambert is dead on arrival.

The weekly show, scheduled to debut today on Reelz Channel, was canceled after one taping.  According to Deadline, the debut episode filmed June 13 at the network’s studio in Albuquerque was so “disastrous,” that execs were thinking about canceling it the next day and made the decision official on Monday.

“It just didn’t play well,” Reelz CEO Stan E. Hubbard told Deadline, who said there was “bad chemistry” on set in what he describes as “not a good team effort.” According to the online magazine, an inside source blames Alex Cambert for causing on-set friction.

Reelz had originally ordered 26 episodes of the weekly talk show.