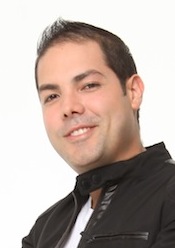 Joel’s career took off in 2000 when his show, on WMEG-FM, became the top-rated afternoon radio program in Puerto Rico.

In addition to his role on Radio, he’s also an actor who has starred in several theater. He moved to NYC in 2006 to pursue a career in radio.

He was previously with SBS-owned WSKQ- FM, Mega 97.9 in NYC.