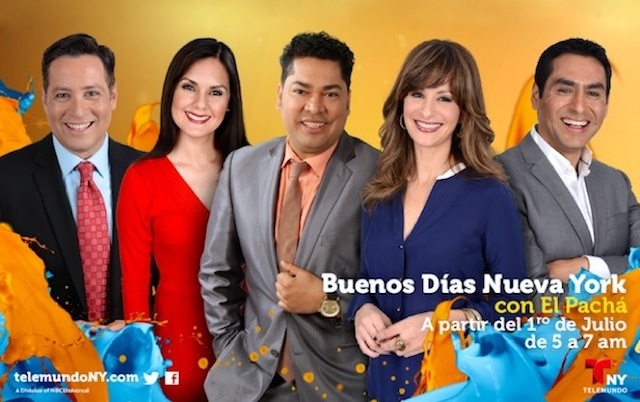 The Telemundo O&O, which relaunched its Mon-Fri live morning show in November of 2012, has announced it is adding another hour to the program, now airing from 5 to 7 am.  “Buenos Días”  will also debut an additional new set.

El Pacha quit Univision Radio and Univision 41 in May to sign a deal with SBS and Telemundo.