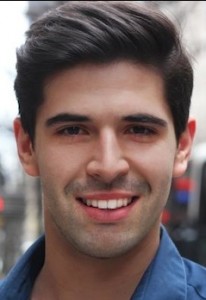 Ignacio Torres has left NBCLatino and NBCNews to join Fusion, the ABC/Univision joint venture, as a Segment Producer. He starts the new position June 24.

Ignacio is currently in the process of relocating from New York City to Miami.

He joined NBCNews as a news associate in August of 2011, working for the weekend “TODAY” show and “Rock Center with Brian Williams” after graduating from Columbia Journalism School.

Soon after, he became video web producer for NBCLatino, in charge of shooting editing and populating the site with affiliate packages.