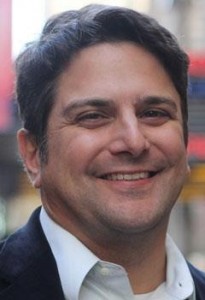 Julio Ricardo Varela, founder of the site Latino Rebels, has accepted a job as a Digital Producer for “The Stream,” a social media community with its own daily TV show on Al Jazeera English, which will eventually launch on Al Jazeera America.

He starts the new gig next Monday, July 1.  He’ll be working out of Washington D.C. once a month but will continue to be based in Boston.

“Latino Rebels will still remained unchanged but this is my ‘day job’ now and I am thrilled,” Julio tells me.

Today, he also shared the news with his friends on Facebook, saying the new job will give him “the chance to actually have a professional journalism career inside a global news organization.”

A Harvard grad, Julio started his career as a contributing reporter for The Boston Globe, before becoming Vice President of Reading/Language Arts for Houghton Mifflin Company in Boston.