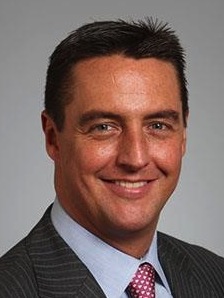 Telemundo Station Group announced today it is opening a new Business Development office in Mexico City and it has named Juan Witt to lead the new unit.

Witt joins Telemundo Station Group from Univision Communications, where he held various positions including Senior Vice President, New Business Mexico, since 2004. While at  Univision, he led the commercial path of clients from Mexico into the U.S. Hispanic market by developing cross platform sales that represent all of the company’s properties, and by handling integrated packages for TV, Radio, Online, Mobile and NFL Latino Mexico.

From 2003-2004, Witt was General Manager of Medios Urbanos/Urban Media, an advertising group that won a Government concession for the placement of outdoor media in Mexico City’s public bus transportation system (RTP).  From 2000-2003, he was and Advertising and Sales Executive for Turner Broadcasting International in Mexico City, where he was responsible for cable and online advertising sales for CNN, TNT and Cartoon Network.