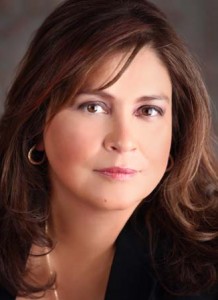 Angelica “Angie” Balderas has left her VP/Director of Sales position at Adelante Media Group.  She is now Senior Vice President of Integrated Marketing Solutions for Entravision Communications in Sacramento.  The company made the announcement today.

In her new role, Angie will be responsible for overseeing sales efforts on Entravision’s radio, digital and mobile properties and marketing services in the Sacramento market.

Prior to joining Entravision, she spent almost 3 years at Adelante Media Group, where she was promoted to VP/Director of Sales in December.

She was previously VP National Sales for Bustos Media.  Before that, she was President of Aztec Media, where she took on entrepreneurial role to partner with colleagues and purchase several radio stations in the Sacramento and Modesto markets.

Angie is the recipient of the 2013 Medalla de Cortez award for excellence in Spanish radio marketing.