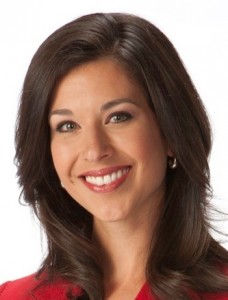 Emmy award-winner Ana Cabrera joins CNN as a correspondent based in Denver. Terence Burke, VP of newsgathering for CNN/U.S. made the announcement today.

For the past 4 years, Ana was morning anchor for KMGH-TV 7 News, the ABC affiliate in Denver, where she covered local and national news.

She started her career as an anchor and reporter at NBC affiliate KHQ-TV and FOX affiliate KAYU-TV in Spokane, Washington in January of 2005. She previously interned for Denver’s CBS affiliate KCNC-TV and KMGH-TV.