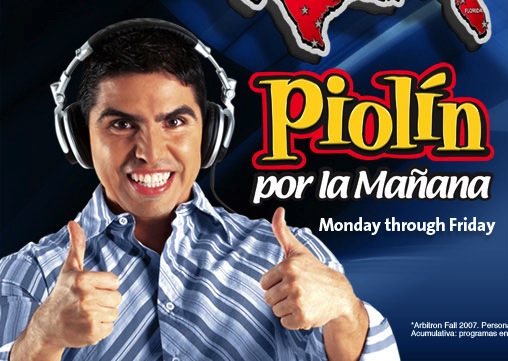 Eddie “Piolín” Sotelo’s syndicated radio show, “Piolín por la Mañana” has been canceled, effective immediately.  The show had been on the air since 2003.

Affiliates were notified this afternoon that the popular radio show was pulled off the air and will be replaced by music until further notice.

“Piolín por la Mañana” aired Monday-Friday from 5 to 10 am PT on more than 50 Univision and non-Univision affiliate radio stations. His show was also streamed online.

Univision spokeswoman Mónica Talán confirmed the show was cancelled, but would not comment on the reasons behind the company’s decision.

Radio promos have been pulled and so have any mentions of his show on the Univision Radio website.

There is speculation that the cancellation of Piolín’s show might be contract-related.

In late June, it was announced that he’ll be inducted into the National Radio Hall of Fame in November.