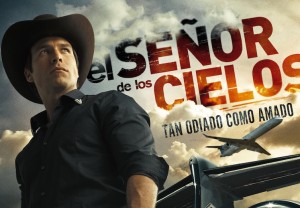 Telemundo Media’s original production “El Señor de los Cielos,” which aired Mon-Fri at 10 pm, came to an end delivering its highest-rated telecast and the second highest-rated finale in the network’s history, regardless of time period, averaging 3,627,000 total viewers and 2,324,000 adults 18-49, according to Nielsen.

The final episode on Monday night ranked as the #1 program in its time period among Spanish-language networks, out delivering Univision among adults 18-49 by 60% and among total viewers by 16%.

Locally, the finale was the #1 program regardless of language in its time period among key demos(adults 18-49 & 18-34) in Los Angeles, Miami, Houston, Dallas and Phoenix.