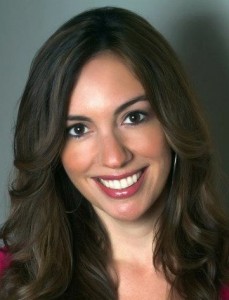 Melissa Gonzalo has started a new job as a weekend news anchor for KFI 640 AM radio.  She has been doing some fill-ins during the past two weeks, but won’t start her official shift for a two more weeks.

This is Melissa’s first job in radio.

“I’m enjoying being on radio, which is something new for me, having worked in TV more than 10 years,” Melissa tells me.  “It has been a challenge to learn how to control all the buttons while I anchor live, but I feel proud that I have been able to learn a new skill to add to my resume, and I’m excited to grow in radio, while still remaining open to possibilities in TV.”

Melissa was most recently a freelance writer for Poder magazine and freelance reporter/producer for Univision network out of LA.