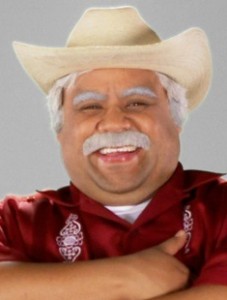 It looks like “Piolín’s” fall from grace has opened the market doors for other competitors to gain ground.

Known as “El Hombre del Vozarrón” (“the loud-voiced man”), Don Cheto is a radio and television entertainer as well as a musician.  He recently spoofed the Ganga style video with his own version – which has gone on to generate nearly 40 million views.