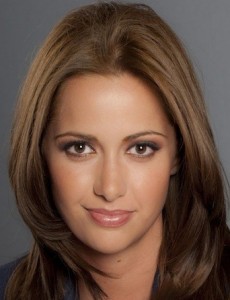 Paulina Sodi has joined KTMD-48 as co-anchor of “Noticiero Telemundo Houston.”  Her first day on the air is today.

She’ll be co-anchoring the 5pm and 10pm weekday newscasts along with Martin Berlanga, who was a solo anchor at the station since October 2012.

Before Telemundo Houston, Paulina was anchor for TV Azteca’s “Proyecto 40” in Mexico City and contributed to the production of documentaries and special investigative stories for 7 years.  She previously anchored at Radio 13 Noticias and Grupo Imagen Radio, while also writing for Diario La Razón, Reforma and El Universal newspapers.