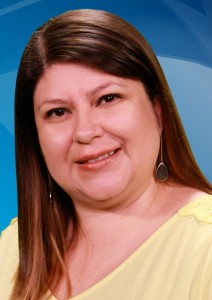 Dulce Rosadilla has left her job at KTVW-33, Univision Phoenix to join the Noticiero Telemundo Arizona news team as line producer.  She started the new job on Monday, July 29.

Dulce started her television career at KTVW-33 in 2006 as an Assignment Desk Editor, working her way up to News Producer.  During her almost 7 years at the station, she has also been Community Affairs Show Producer.