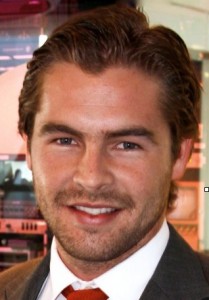 Julio Vaqueiro is moving to California.  He’s leaving the Telemundo Mexico City bureau, where he has been a correspondent for “Al Rojo Vivo,” to join KVEA-52.

Julio starts his new job as morning co-anchor on October 1. He’ll be joining Dunia Elvir, who has been hosting “Buenos Días Los Angeles” since February of this year, when Victor Cordero was ousted from the show.

Before joining Telemundo network in 2011, he was a writer, reporter and news anchor for Efecto TV, a year-old independent pay TV channel in Mexico. He previously worked as a reporter and web writer with Grupo Editorial Expansion. He got his journalism start in El Sol de San Juan newspaper in 2003.