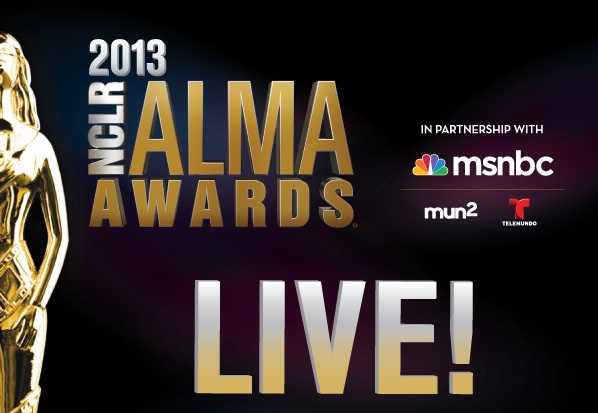 The Alma Awards show is tonight.  For the first time since its inception, the show will air live at 10 pm ET on MSNBC.

Hosted by Eva Longoria and Mario Lopez, the awards presentation will start with a one hour pre-show, which will be recorded for webcast, followed by the live one-hour livecast.

The awards show will also include complementary programming on MSNBC and mun2 and on digital platforms including mun2.tv and Telemundo.com.

The “2013 NCLR ALMA Awards” honorees include:

The ALMA Awards are executive produced by Eva Longoria and Janet Murguía, President and CEO of NCLR.