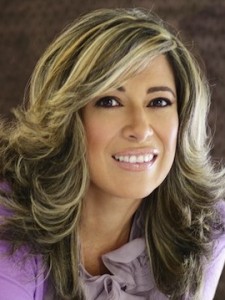 Luz María Doria has been promoted to Vice President and Executive Producer of “Despierta América.”  César Conde made the announcement to staff on Friday.

She previously held the title of Executive Producer of the morning show. Luz María has been with Univision for over 10 years.

Prior to joining “Despierta América”  in 2012, she held several positions at sister network TeleFutura, including Director of Original Programming and Special Events and Director of Entertainment overseeing “Escándalo TV” and “La Tijera.”

Before that, she spent a decade working for Editorial Televisa, managing top magazines such as Cosmopolitan en Español, TV y Novelas and Cristina La Revista.