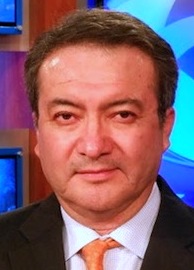 Hernández most recently spent over 3 years as Vice President and General Manager of the KAZD the Azteca América station in Dallas.

He was previously General Sales Manager of KUVN-23, Univision’s O&O Dallas.  He has also held a variety of leadership roles at Entravision, including General Manager of the company’s Univision affiliate stations in Denver and Albuquerque.

The move to KVDA marks a return for Hernández, who began his media career as a local account executive at the station in 1990.