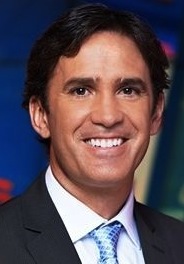 He’ll be introduced as part of the team tonight on “Titulares y Más” at 11:35 pm ET.

Sol’s career as a player extends from 1992 to 2007. He made his professional debut with Pumas in 1992.  He participated in the 1996 Summer Olympics in Atlanta, the 1998 Gold Cup and World Cup Qualifying for the 1998 World Cup with the Mexican National Team.  The Mexican midfielder played for six different teams during the first nine years of his career.  He moved to the Chivas de Guadalajara, where he spent the last six years of his career.

After retiring from soccer, he started a career in broadcasting.  He was a radio commentator for Radio Chivas, Televisa Deportes and Radio FDP from Guadalajara.