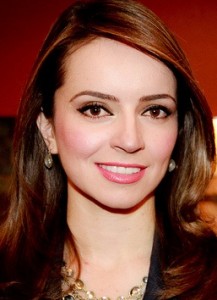 Heidi Renpenning is joining KTVW-33 as lead co-anchor of its 5 and 10 pm newscasts for the Univision O&O in Phoenix.  She starts the new job October 7.

She’ll be sharing the anchor desk with Sergio Urquidi.

Heidi is currently an ad sales rep at KINT-TV Univision 26 in El Paso. Her last day at the Texas station is September 27.  She was previously weekend anchor at the station, opting to move out of the news department in July of this year to spend more time with her young daughter.  She has been with the station since 2005, starting out as a part-time employee, becoming a full-time reporter in 2007.

Prior to KINT, Heidi was an on-air personality for KTEP-FM National Public Radio.  She started her journalism career in her native Mexico, where she was news anchor for XEJ-TV Canal 5 and entertainment TV show host for PROMUS Communications in Ciudad Juarez.