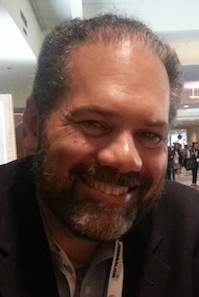 The 6-part documentary series “Latino Americans” debuts tonight on PBS and journalist and author Ray Suárez played a significant role in the project.  Not only did he help in the production of the series, he wrote the companion book Latino Americans:  The 500-year legacy that shaped a nation.

“The book reflects the television series.  It follows the same narrative arc,” says Ray. “The theme that runs through the book and that I want to leave readers with is that you can’t understand American history without the stories of Latinos in this country.  That’s just the truth.  History isn’t good.  History isn’t bad.  It just is.  History is what makes the reality we live in today.”

The series and the book chronicles over 500 years of contributions from Latinos that arrived to the United States from 20 countries.

“A lot of historical eras are illustrated by the people who lived through them.” 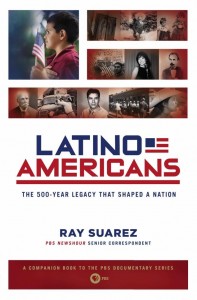 Ray says he learned a lot more about little-known moments of American history, like the U.S. invasion of the Dominican Republic in 1965 and of heroes like Juan Seguín.

“It was such an enriching experience to read his memoirs,” recalls Ray. “After he fought for Texas to win independence from Mexico… he ends up feeling like a man without a country.”

Jeff Beiber from WETA is the executive producer, who tapped Cuban-American producer Adriana Bosch for the series.

“She wanted to get it right,” says Ray of Bosch’s handling of series production.  “We were constantly bouncing ideas. This is a complicated story to tell.  We wanted to bring to light a lot of things about this country’s history that will be new for most viewers.”

The documentary series tells the story of Latinos in the United States from the 16th century to present day.

Ray’s latest book was released online on Amazon and is now widely available in bookstores in English and Spanish.