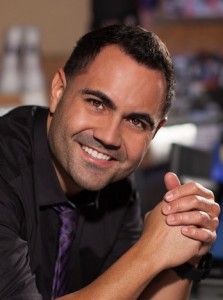 Enrique Santos, host of Univision Radio’s “The Enrique Santos Show,” has taken a temporary medical leave to undergo a procedure.  His leave began yesterday. It’s expected he will return on Monday, Nov. 4.

During his absence, Univision Radio has lined up a cast of guest stars to co-host the show alongside Luisa Fernanda, including Don Omar, Chino y Nacho and Elvis Crespo.  Among other invited guests that will appear on the show: Guillermo Rodriguez (from the Jimmy Kimmel Live! show) and Univision news co-anchor Enrique Acevedo.

Dr. Juan Rivera, medical correspondent for “Primer Impacto” and Fusion, will also guest star on the show and will explain the procedure and report on Enrique’s recovery.