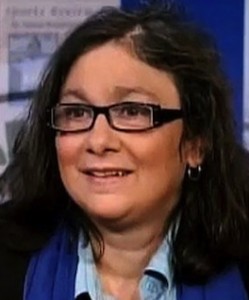 Elaine Rivera, a veteran print and radio journalist, was found dead in her Bronx apartment on Saturday, October 26.  She was 54.

Friend Evelyn Hernández said she had been struggling with liver disease.

Elaine had been on health leave from a teaching position at Lehman College. Before that, she worked for WNYC Radio from 2006 until 2009.
Elaine started her 30-year journalism career at The Akron Beacon Journal in 1982.  Four years later, she joined New York Newsday, where she was a staff reporter until 1995.

A a memorial service will be held for her next month in New York.