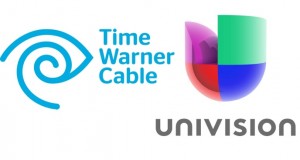 The deal comes well in advance of the expiration of the parties’ existing agreement. Financial terms weren’t disclosed.

Time Warner Cable will be among the first cable distributors to carry the El Rey Network, the new English-language entertainment cable network geared towards young-adult audiences launching at the end of 2013.

According to Univision, the multiplatform deal will provide Time Warner Cable’s customers access to content for digital platforms and VOD, which includes additional “TV Everywhere” content.<